Though this is my first letter for Formidable, I’ve been writing these types of missives for a long time. Sometimes they are insightful, intermittently funny, often littered with obscure references, occasionally controversial, (hopefully) rarely boring, and, every once in a while, too hot for compliance (Chappelle’s Show as a theme went too far, apparently). The only person who read every single one was my mother. Sadly, this is the first one she won’t get to read, so this is dedicated to her.

My love of reading (and of writing) came from my mom, and one of my most prized possessions is a copy of How the Grinch Stole Christmas! she gave me years ago. It’s worn from where I’ve read it to my children so many times, sometimes even during the middle of summer.

In my mind, the role of the Grinch was played by Fed Chair Jerome Powell, who stole everyone’s presents as the Fed raised rates, only to pull them back from the brink as he heard, not the songs of jubilant Whos, but cries of anguished investors. Here’s my interpretation of the Fed and the markets over the last two years: 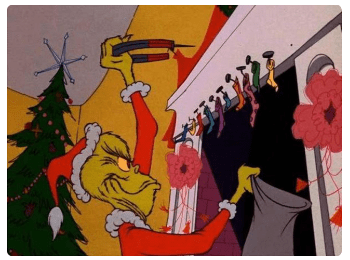 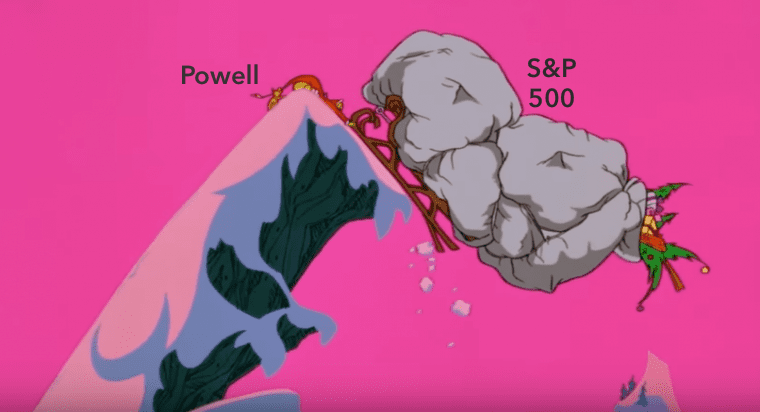 January 4, 2019 – Powell states Fed “will be patient” with monetary policy 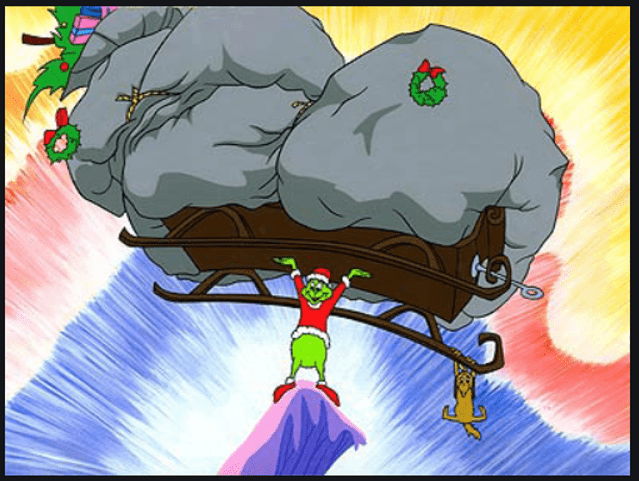 The mechanism by which gains accrued to equity investors in 2019 was multiple expansion. Across the globe, multiple expansion accounted for the vast majority of investors’ gains; the effect was even more pronounced outside the U.S. Compare this to 2018, when multiples contracted significantly, and we see multiples are a fickle beast. 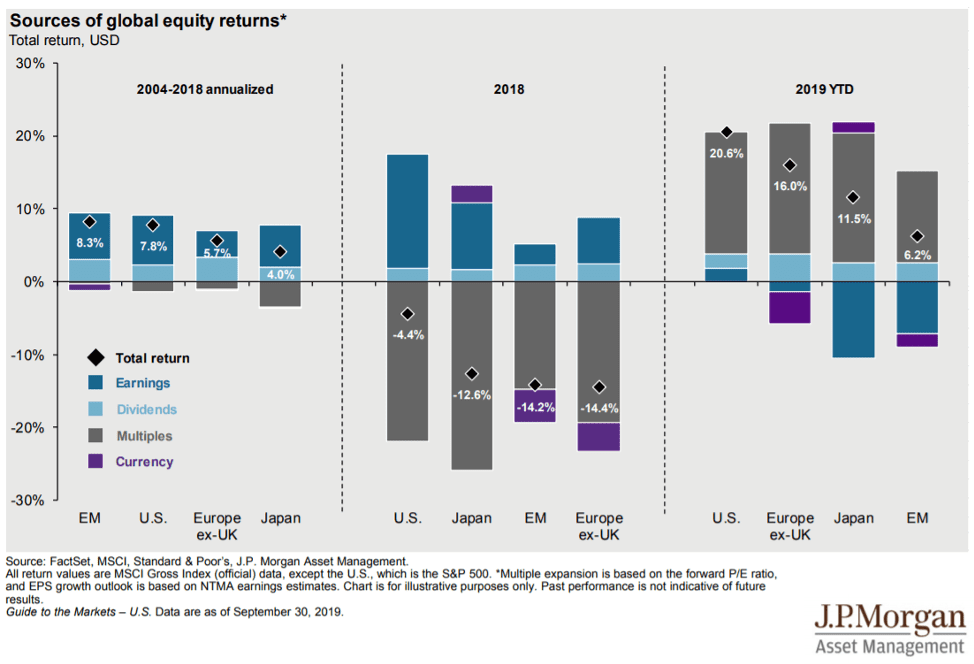 As 2019 ends, we close the books on another decade. We’ve heard the narrative that markets are expensive and central banks have blown a bubble in valuations. We’ll look at central banks later, but, for now, let’s look at returns for U.S. stocks by decade.

Interestingly (and surprisingly, to most), it’s earnings growth that is the key driver both over time as well as specifically for the 2010s; coming off the lows from the Great Financial Crisis helped to generate double-digit earnings growth for the first decade since the data set started in the 1900s . Multiple expansion has been only slightly additive during this decade. 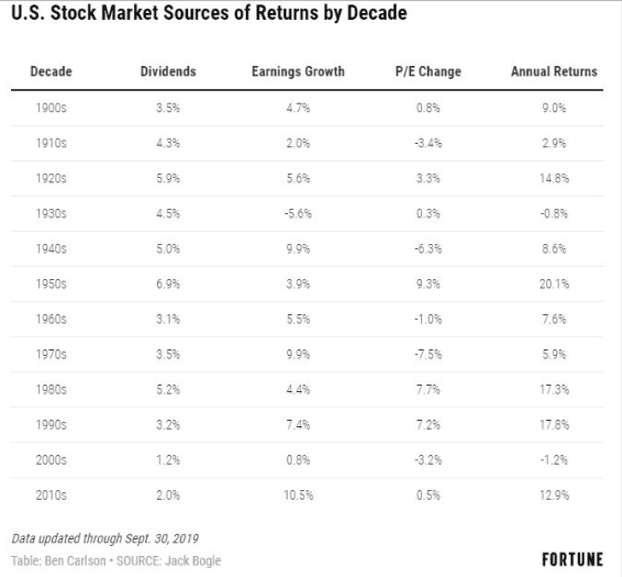 Having spent over two decades looking at markets, I’ve noticed conventional wisdom is often wrong. The current conventional wisdom is that equity valuations, especially in the U.S., are in a central bank induced bubble. While Fed actions did have an outsized influence over the last year, it’s important to note that, on balance, U.S. equities are only a little more expensive than average, as we see in the following: 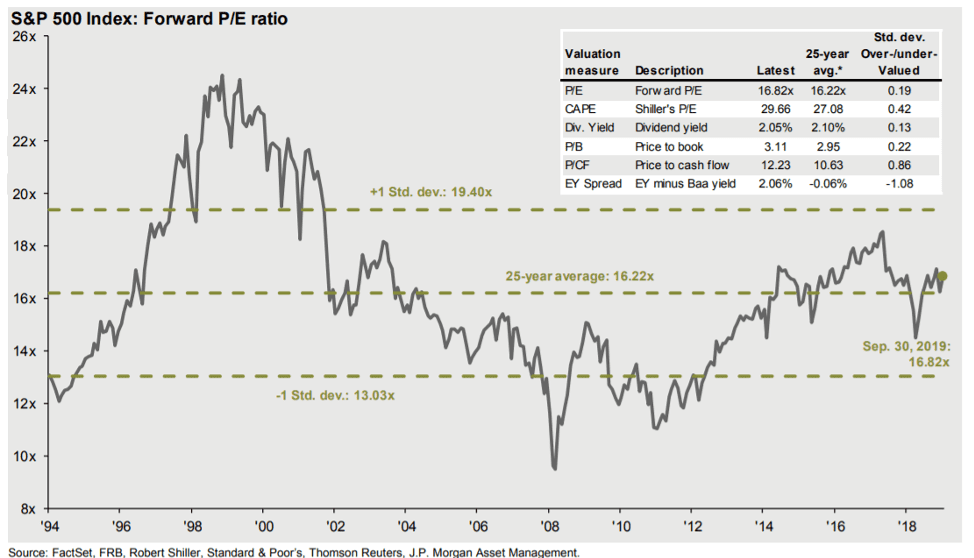 Are certain areas frothy? That’s for sure! Multiples for growth-oriented names are high in general, with small cap growth close to 40% more expensive than history based on earnings multiples. However, there is value in value, i.e., less expensive stocks, particularly in small cap as well as at the sector level in places like energy.

Non-U.S. stocks are certainly less expensive relative to names at home, and with recent developments on trade as well as other geopolitical events, e.g., Brexit, it may be time to revisit exposures to non-U.S. equities. Foreign bonds, on the other hand, we would argue are in a structural bubble, as the notion of negative rates defies investing logic and is predicated entirely on finding a greater fool to buy something with no intrinsic return potential.

In the wake of the Global Financial Crisis, it became trendy to be bearish. Seemingly everyone saw The Big Short and wanted to be the person who made their fortune during the next debacle. For some reason, conventional wisdom deems the prophets of doom and gloom somehow wiser, though being bearish has been a great way to vaporize client returns of late.
We prefer to be process-driven and pragmatic, and would note that the economic picture both at home and abroad, while not overwhelmingly strong by any stretch, appears stable. Economies across the globe are growing, though maybe not rapidly, and inflation is low. 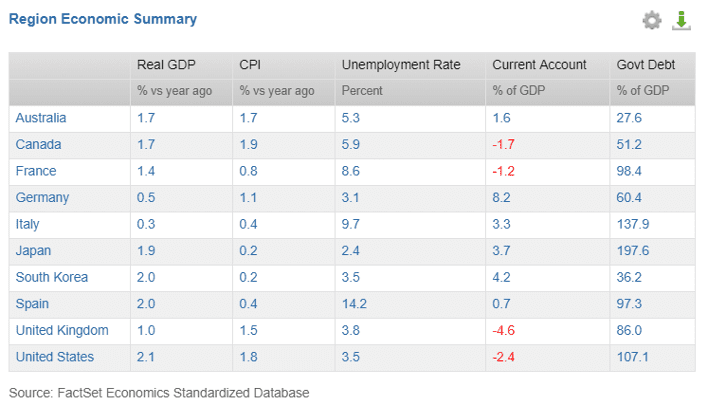 Closer to home, the economy remains on relatively stable footing, and is arguably the strongest in the developed world. The unemployment rate remains near historic lows, and wage growth is in the Goldilocks zone – neither too hot nor too cold. The decelerating growth rate of job gains does warrant attention as a harbinger of a slowdown. Consumer sentiment remains high, and housing is strong but not anywhere close to pre-crisis levels. Both the manufacturing and service sides of the economy remain in expansion territory.
The inverted yield curve widely cited as an ominous portent over the summer has reverted to a normal, albeit flat, shape. Also, while U.S. savers may complain about low rates, U.S. short-term rates are higher than the rest of the world, and at least not negative out to 10 years like they are in Japan, Germany, and France, not to mention much of the rest of the Eurozone. 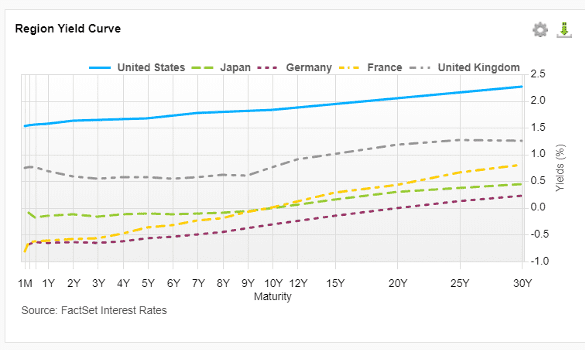 As we mentioned at the outset, Powell and the other central bank Grinches found their giving spirit in 2019. Not only did they expand their balance sheets (generally known as quantitative easing) but, on balance, banks in the developed world were in rate cut mode throughout the year. 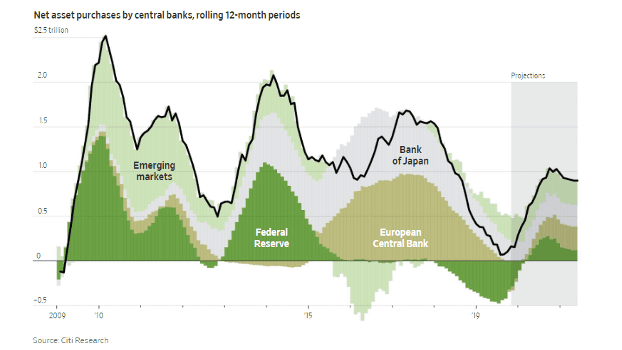 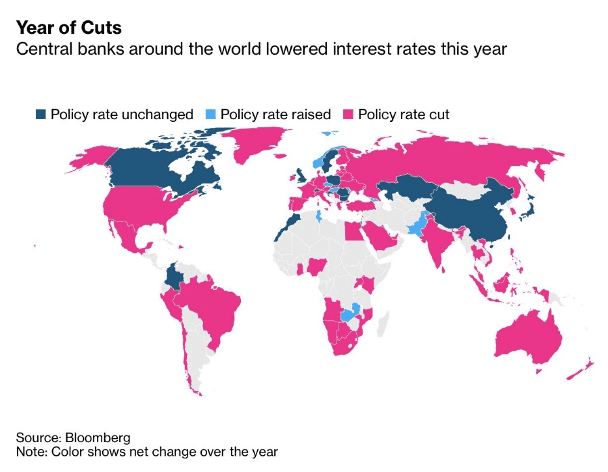 What a difference a year makes. Last year during the holidays, panicked investors were shouting “sell, sell” just as outlined by one of the godfathers of behavioral finance, Billy Ray Valentine, in the best finance-themed Christmas movie of all-time, Trading Places. Looking at the table below, virtually every asset class was negative in 2018. This year, on the other hand, it’s carved roast beast and G.I. Joes with the kung-fu grip for everyone, given every asset class is positive. 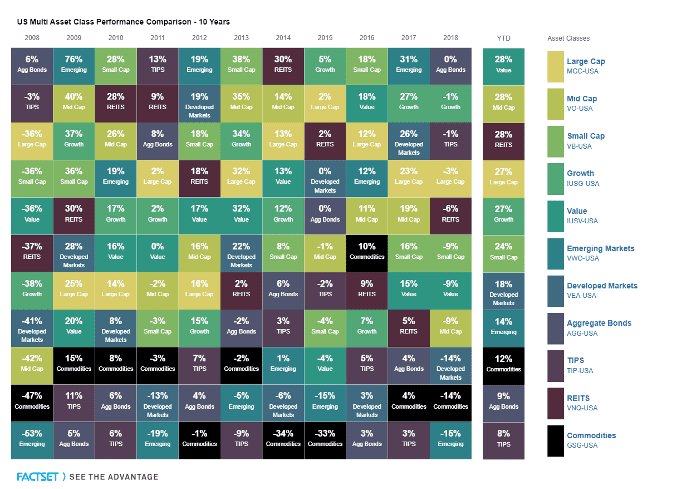 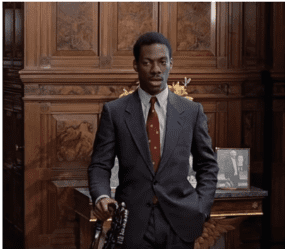 How the Grinch Stole Christmas! was made into an iconic cartoon in the 1960s, with Boris Karloff as the voice of the Grinch and the actor who voiced Tony the Tiger singing the Grinchy songs. It was remade, again, in the 1990s, with Jim Carrey in the lead role, and, yet again, last year in a CGI fashion; coincidentally, it was the last movie my mother and I saw together. I remember complaining to her that each successive iteration of the Grinch was worse than the prior. It’s hard to remake a classic, and after a year like 2019, it’s going to be hard to replicate these types of outsized returns for investors.

Conventional wisdom is that the Grinch is going to revert to his old ways and ruin future Christmases for investors. The following graph shows where Morgan Stanley predicts returns will be. 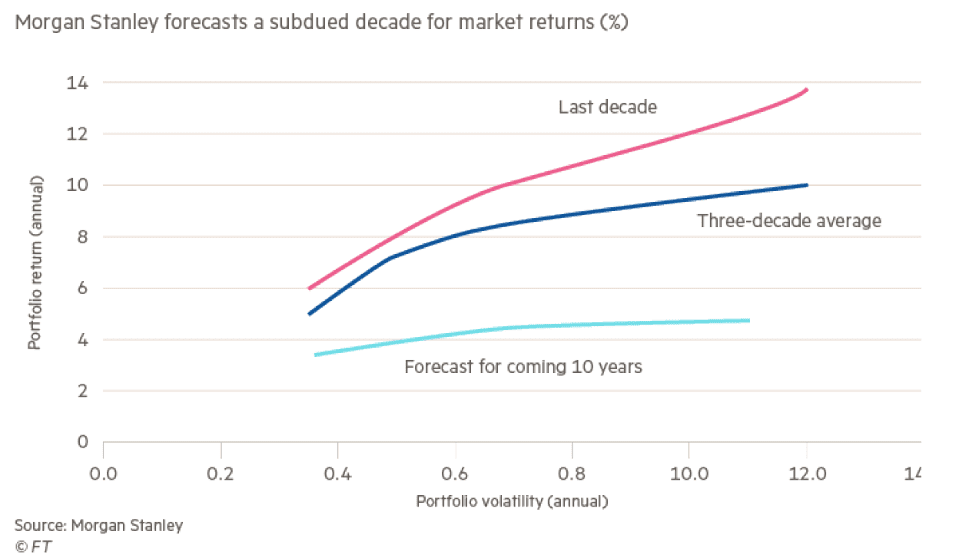 We would tend to agree that for investors who blindly follow a passive approach, returns may be muted and risks may be higher (think back to the last two years when almost every asset class moved either lower or higher in lockstep). Our solution to this conundrum is to be opportunistic and nimble, adding to exposures where valuations are attractive, avoiding areas that are frothy, emphasizing dividends, which may comprise a larger portion of total returns, and looking outside of the traditional asset classes for opportunities to add uncorrelated investments to client portfolios in order to protect on the downside while not forsaking the upside.