The sequel. A staple of Hollywood. However, how often is the sequel as good as the original? Bill & Ted’s Bogus Journey was just that. Was anyone interested in a new batch of Gremlins? Ghostbusters 2? Don’t even get me started.

All this occurred to me as I watched Frozen 2 with my children in a crowded theater in late December, which, finally, brings us to talking about the markets. The U.S. economy, buoyed by consumers flush with disposable income to spend on sub-standard sequels, survived (and thrived) despite some tumult in 2019. More importantly, for investors, U.S. equities climbed to new highs. In fact, 2019 was one of the best calendar years on record for the S&P 500.

Which brings us back to sequels. Though we have hit on some of the dogs, there are some good ones, too. Aliens? Pretty strong film; same for The Dark Knight. This analog holds true for stock returns as well. Since 1950, there have been 18 years (2019 excluded) when the S&P 500 gained more than 20%. Often, these excellent years are followed not by bogus years (which would demonstrate mean reversion) but rather by positive (just not quite as good) years. There were three negative years (1961, 1980, and 1989); 1996 was the investing equivalent of The Empire Strikes Back, with a 31% return surpassing even the prior year. The following table was created in late December; the S&P 500 ultimately closed the year up more than 30%. 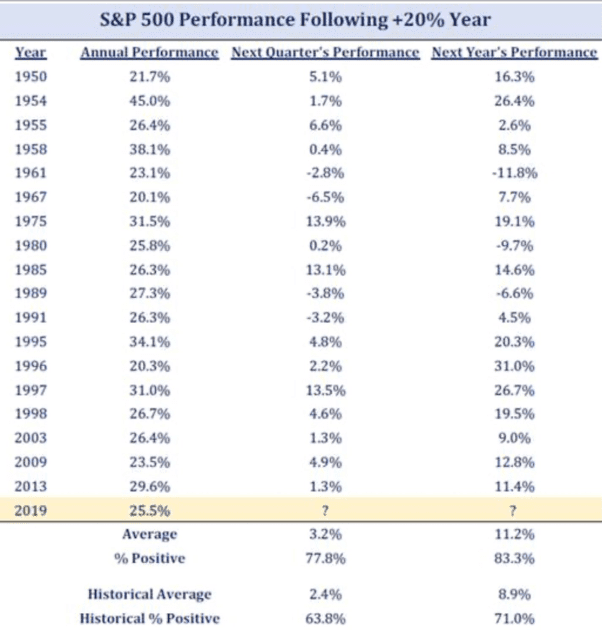 Nearly every asset class was positive for the year, though the award for outstanding performer went to U.S. large cap growth stocks, whose ensemble cast was led by Apple, Microsoft, Facebook, Alphabet, and, who can forget, almost everyone’s most frequent visitor, Amazon. Unsurprisingly, technology stocks were the best performers not just in 2019 but for the entire decade, gaining almost 51% for the year and 355% for the decade.

The director who made it all come together in 2019 for this star-studded cast was Jerome Powell. After starting the year with a single word, patience, his direction throughout the year became more overt, culminating in saying the word “cut”, as in rate cut, three times. On top of that, he turned on the spigot to buy bonds. 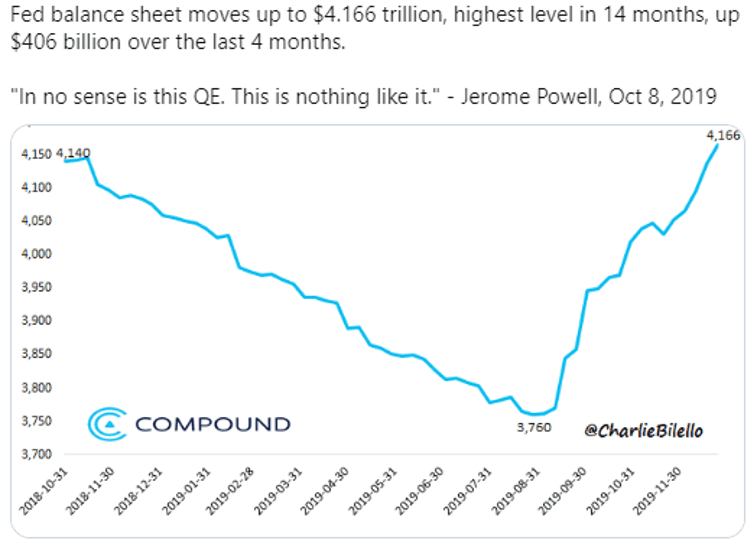 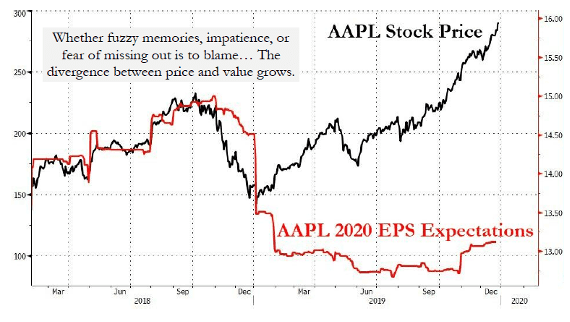 Regardless the source, 2019 was a great year for investors, as well as the economy, truth be told. While sentiment ebbed and flowed with trade headlines, the U.S. economy continued to expand, albeit at a below-average rate, and the current expansion is now the longest on record. With housing and the consumer both in strong positions, it’s unclear what will keep this movie from ending. One item to note for those of us old enough to remember inflation, it’s starting to reappear in places, especially among workers on the lower end of the wage spectrum. Changes in minimum wage laws are part of the reason, but with unemployment at all-time lows, companies are increasingly having to offer higher wages to entice workers. The implications politically as well as for profit margins in certain sectors of the economy bare watching. 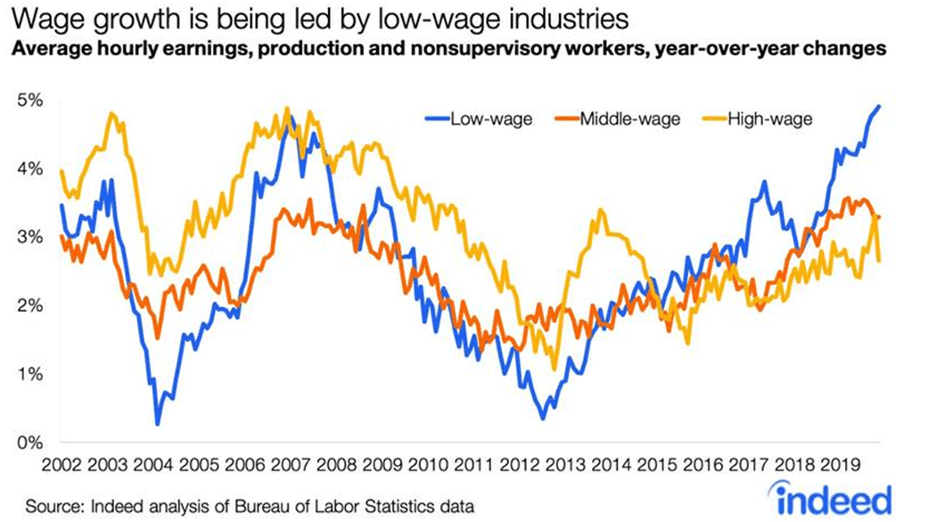 For investors, 2019 was a classic. Will the sequel be better? One movie that had a myriad of sequels and reboots was The Planet of the Apes. Those dirty apes and man have a lot more in common than most humans think. Some of those hard-wired traits make investing difficult; foremost among these is fear, which is evolutionarily located in some of the most archaic portions of the brain. Right now, the fear we hear most often is the fear of missing out (FOMO), which is unsurprising on the heels of a record year. A mere 12 months ago, investors felt like the world was ending (see below for visual representation of the end of 2018) the fear we heard most often was fear of loss. As your trusted advisor, one of our primary jobs is to be there for you to manage these emotions and put together a portfolio that captures up markets while protecting in down markets.

It’s early days in 2020, and the sequel is off to a strong start. However, there are certain to be plot twists and turns worthy of the strong roster of sequels coming our way. Will stocks again be the Top Gun (Top Gun 2: Maverick, in theaters June 2020) or will we have to Face the Music (Bill & Ted Face the Music, in theaters August 2020) after a decade of outperformance?  Regardless, in an election year, the headlines are sure to be Fast & Furious (the ninth installment is out in May). Buckle up!