It being on or about the fifth of November, we thought it appropriate to begin with “remember, remember, the fifth of November…” which is the start of a famous poem about the Gunpowder Plot. Though not alone, the face (pun intended) of the plot was Guy Fawkes, whose antics are widely regarded as the source of the term we use today, guy.

However, his cultural influence does not end there. He inspired a series of dystopian graphic novels as well as a movie based on them, V for Vendetta (https://twitter.com/homenow ). The iconic character, V, inspired the masks worn by the Occupy Wall Street protesters (how quickly we forget) and the hacker collective Anonymous.

So hello, guys. Verily, before your visage is vexed by this villainous term, let us venerate the veracious version of its violent vestiges, veer into the vicious vox populi verging on violence as the vaudevillians venally vie to vanquish, vainly visit the market’s victors and vanquished in a vexatious effort to vouchsafe our vanity, then verbalize the vain vim to vanquish the voracious and virulent vermin violating its victims. 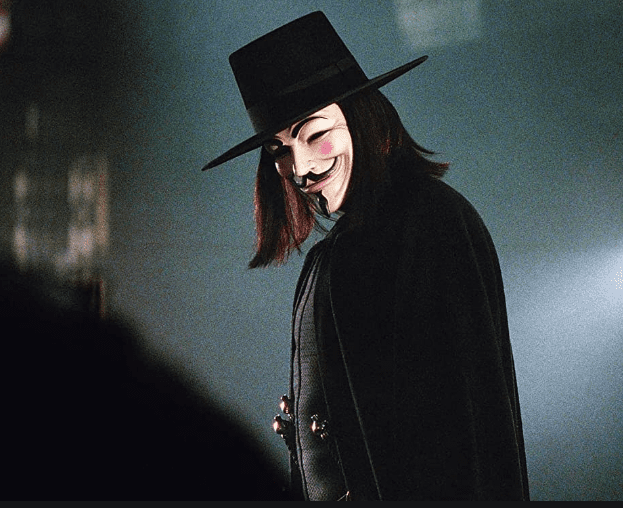 Having just re-watched the movie, its parallels to today are eerie. An election in the midst of a virus outbreak is a little on the pointed porcelain nose.

From our vantage point, we appear not to have veered violently in either direction politically. In terms of the undercard, the House will remain in the hands of the Democrats while the Senate may remain Republican, though we may not know for sure until January. The main event has gone to the judges’ scorecards for a verdict, with neither side scoring a knockout. How long and contentious the final tally ends up being is anyone’s guess, as are the implications of the various permutations. The kneejerk reaction has been for Treasuries to catch a bid (reduced likelihood of massive fiscal stimulus) as well as megacap tech (perhaps dodged a regulatory bullet), but as we have seen in the past, the kneejerk can go vice versa.

October certainly does not historically bring about the fondest memories for investors, and this October we were vulnerable. It closed with the worst week since March, the purported reasons being election uncertainty (pretty sure we all knew when this event was happening), lack of fiscal stimulus, and worsening virus trends (more on this later).

In the spirit of Orwellian paradoxes and irony (V for Vendetta borrows liberally from 1984, and actor John Hurt goes from anti-fascist Winston Smith in the film version of the latter to V’s vicious Chancellor) safety was risky in October. Bonds, particularly Treasuries, were vanquished, as were large cap and tech stocks, while emerging markets and small caps were victors (Table One).

However, one month does not a trend make, and over the past year (and longer), the victors have been megacap tech stocks, as we have discussed ad nauseum in the past. However, in the spirit of continuing education, as we see in Graph One, the percentage of stocks beating the index over the past 12 months is close to prior lows. This has typically boded poorly for the handful of winners as we see from the Nifty Fifty in the 1970s and the Tech Bubble in 2000. Recency bias tends to make us think the behemoths of today will always be so and that with size comes safety. As we see from Table Two, historically that has not been the case. 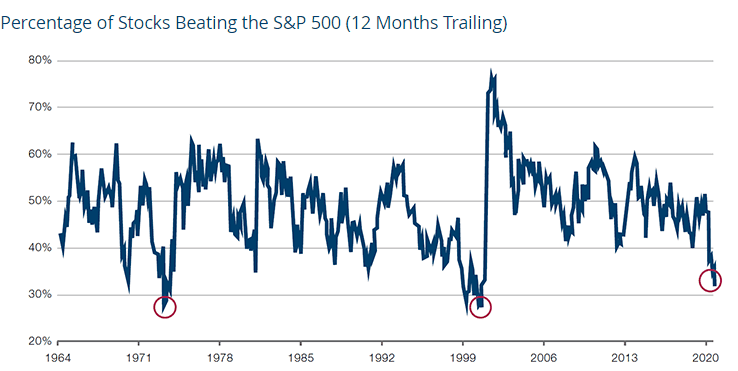 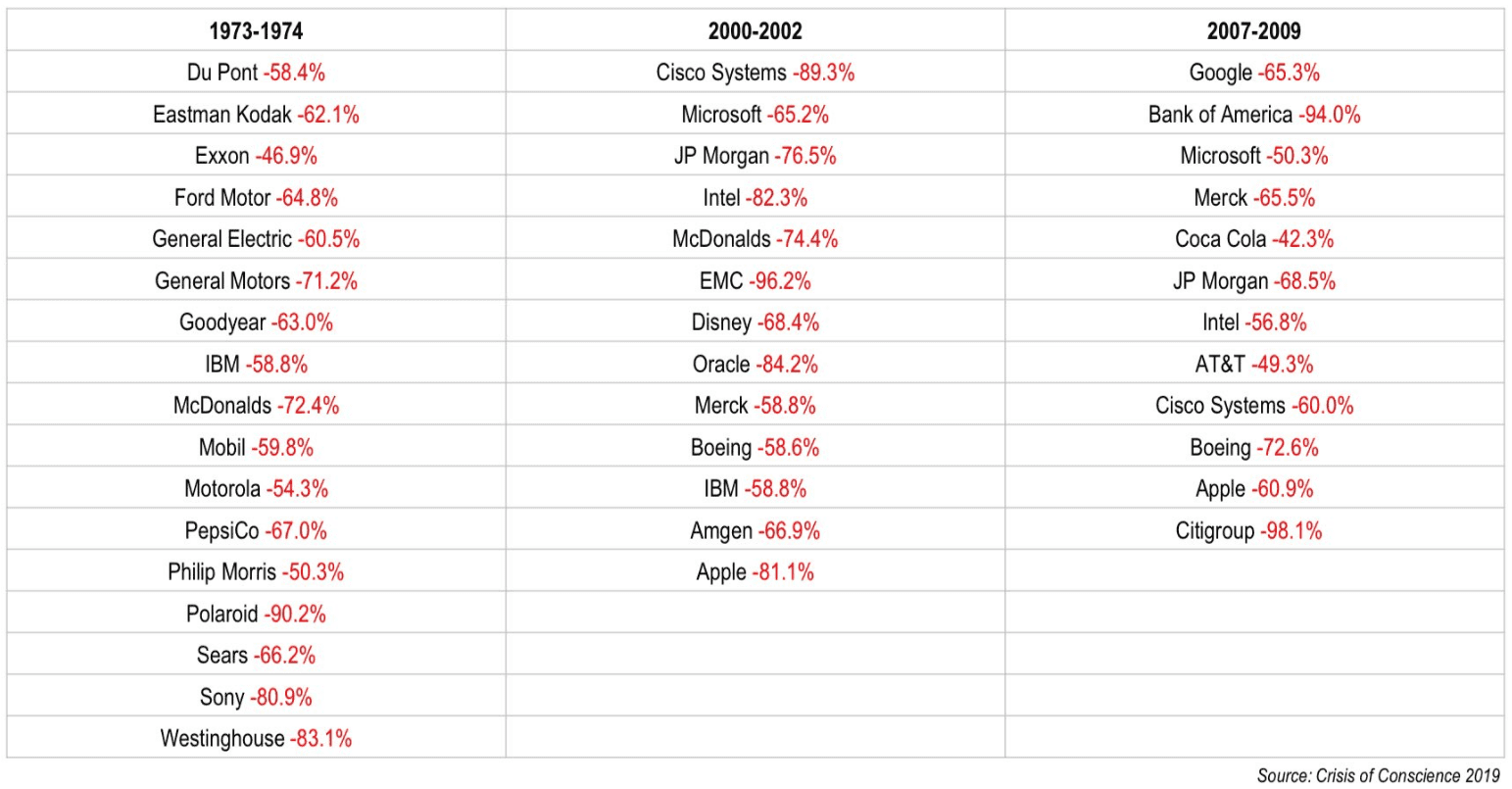 The vanquished? Value stocks, with the most recent graphic making the rounds showing we are at record levels of underperformance going all the way back to the early 1800s (Graph Two). We have our doubts here about the veracity of data from the John Quincy Adams administration, but it is clearly the widest in recent, verifiable history (Graph Three). 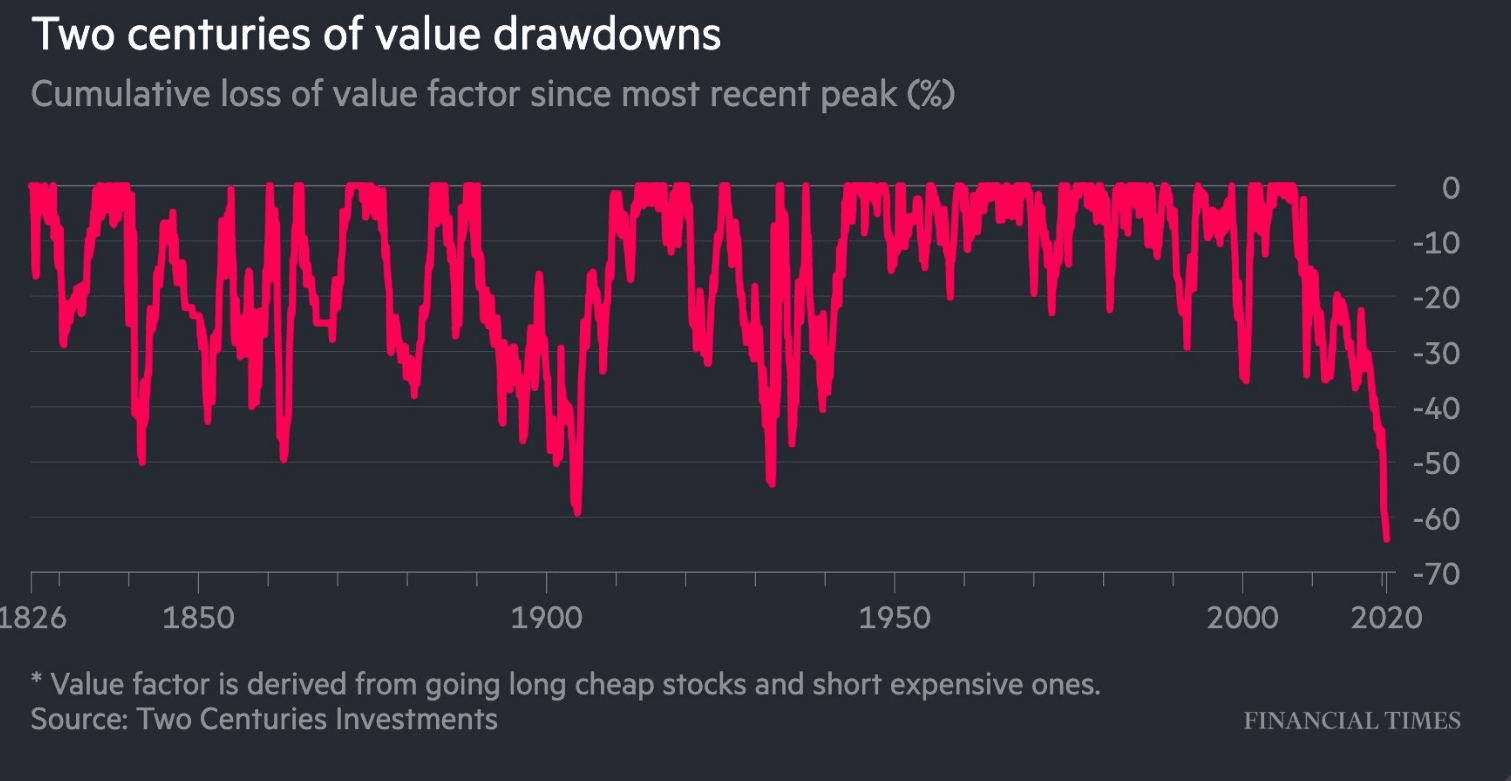 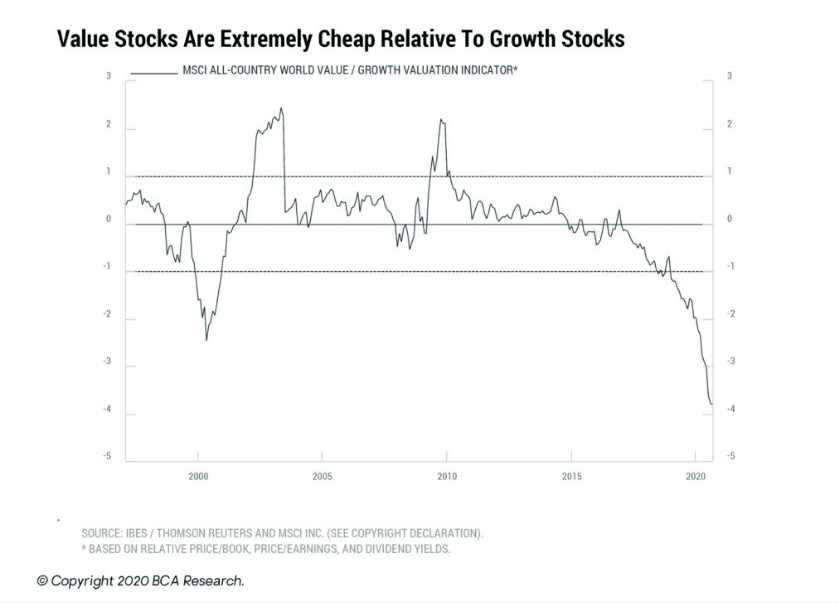 Just the same, given the confluence of secular and cyclical factors, one can make the case as to why growth stocks deserve to be richly valued. As we see in Graph Four, there is a paucity of growth globally which, when combined with low/negative interest rates, has caused growth stocks to skyrocket and value stocks to lag. 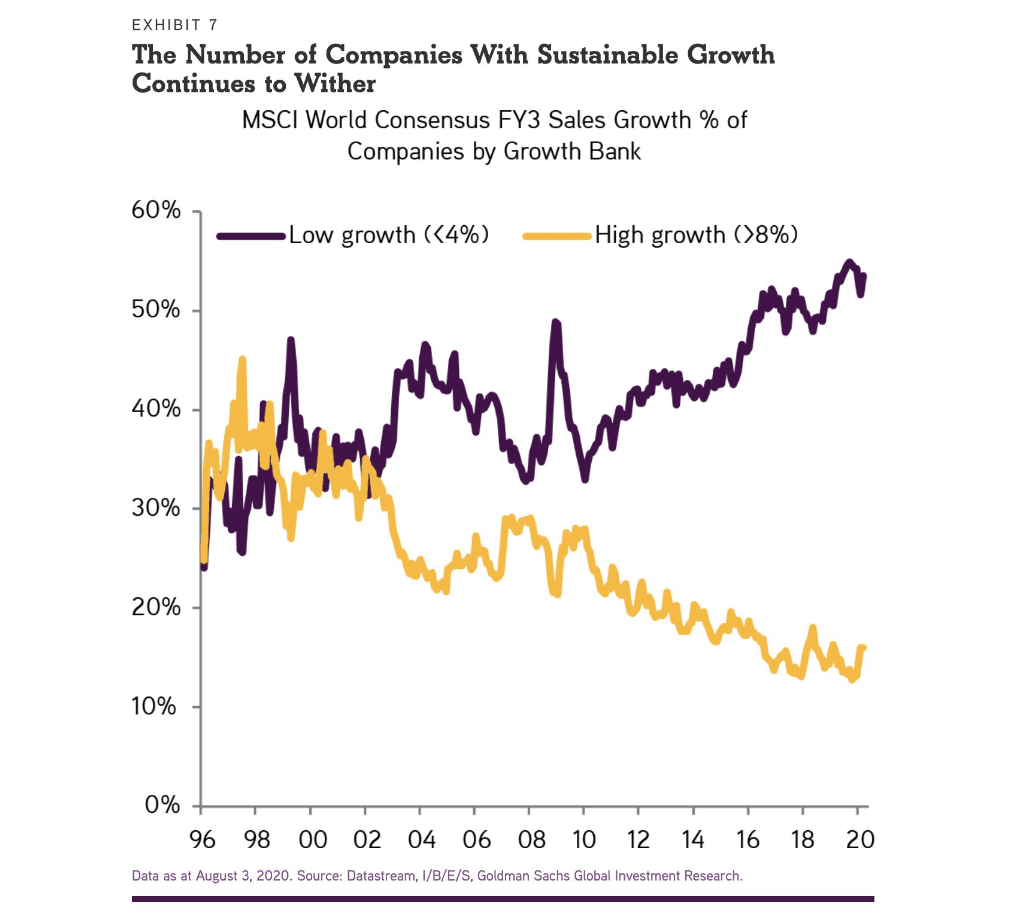 The S&P 500, at present, has a historically high weight in expensive growth stocks, which puts its valuation at elevated levels relative to prior recessions:

So, what is cheap in this environment? Smaller cap stocks, specifically those in the value camp. Last time we were here, this proved a virtuous set-up for small caps. Whether it proves to be so again is yet to be determined, though anecdotally we continue to find opportunities among the companies on the smaller end of the spectrum. However, it is worth noting that the benefits accruing to scale players, i.e., large caps, are meaningful and have helped bolster the relative competitive position of larger companies versus smaller ones; true small businesses have generally fared even worse. 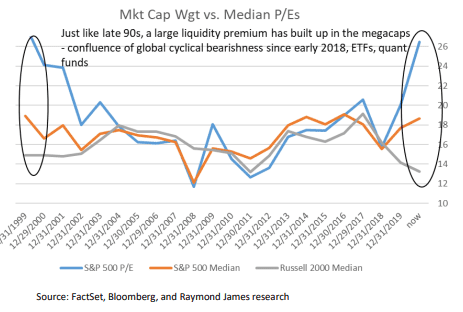 The virulent vermin that first entered the vernacular earlier this year has yet to be contained. Graph Seven shows the recent acceleration.

As we see in Graph Eight, while Asia and South America have shown improvement, things in Europe and North America have devolved. Europe in particular has begun the process of reimposing strict curfews and guidelines, which has the potential to derail any efforts at economic recovery. Domestically, we are starting to see some states begin to re-assess their level of openness as hospitalizations increase (Graph Nine). 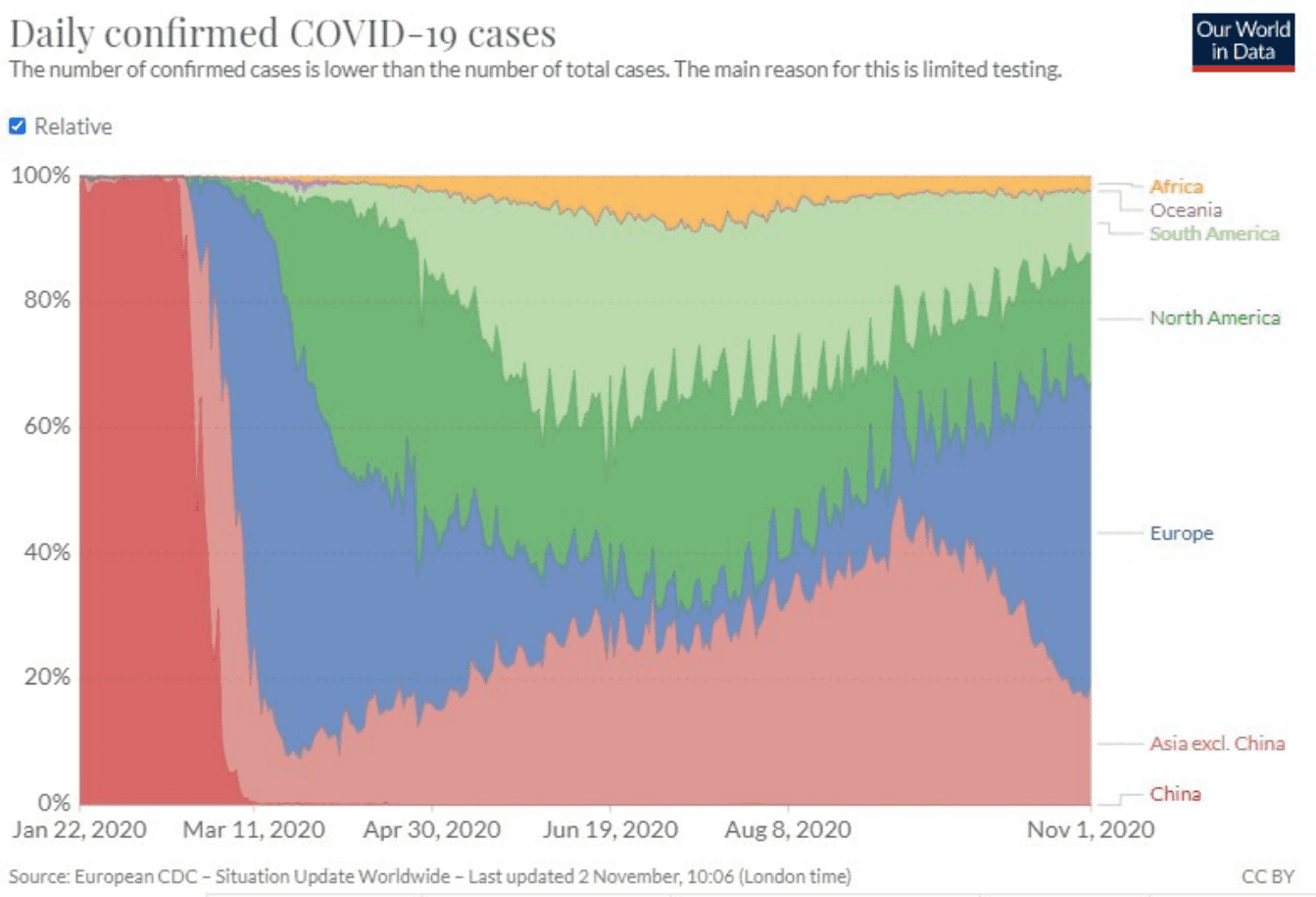 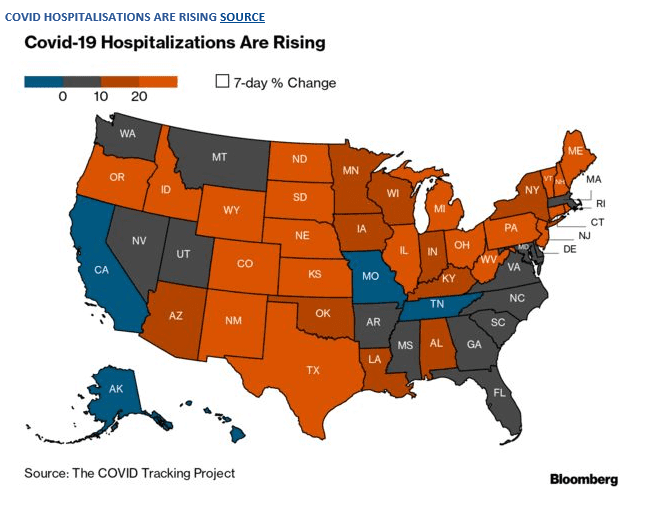 Vexingly, vaccines remain out of reach. Recent news on this front has been less than stellar, providing further consternation. 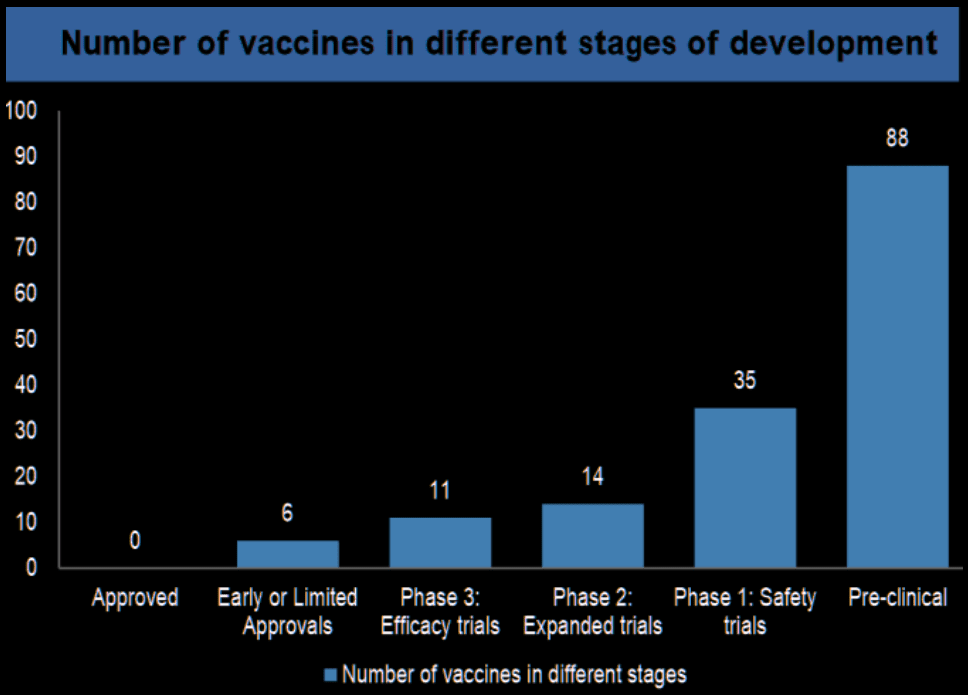 So, everything is about as clear as a bowl of everyone’s favorite chilled potato soup. One thing we think is a good bet regardless is to be active from a portfolio management perspective. For our thoughts on why simple passive investing does not make sense, check out our recent piece in Forbes.

For another, it is to be mindful when considering the role bonds play in a portfolio. As mentioned, during October, bonds fell in conjunction with stocks, at least large cap ones. The yield potential for fixed income is relatively low and, in fact, negative when taking into account inflation (Graph Eleven). 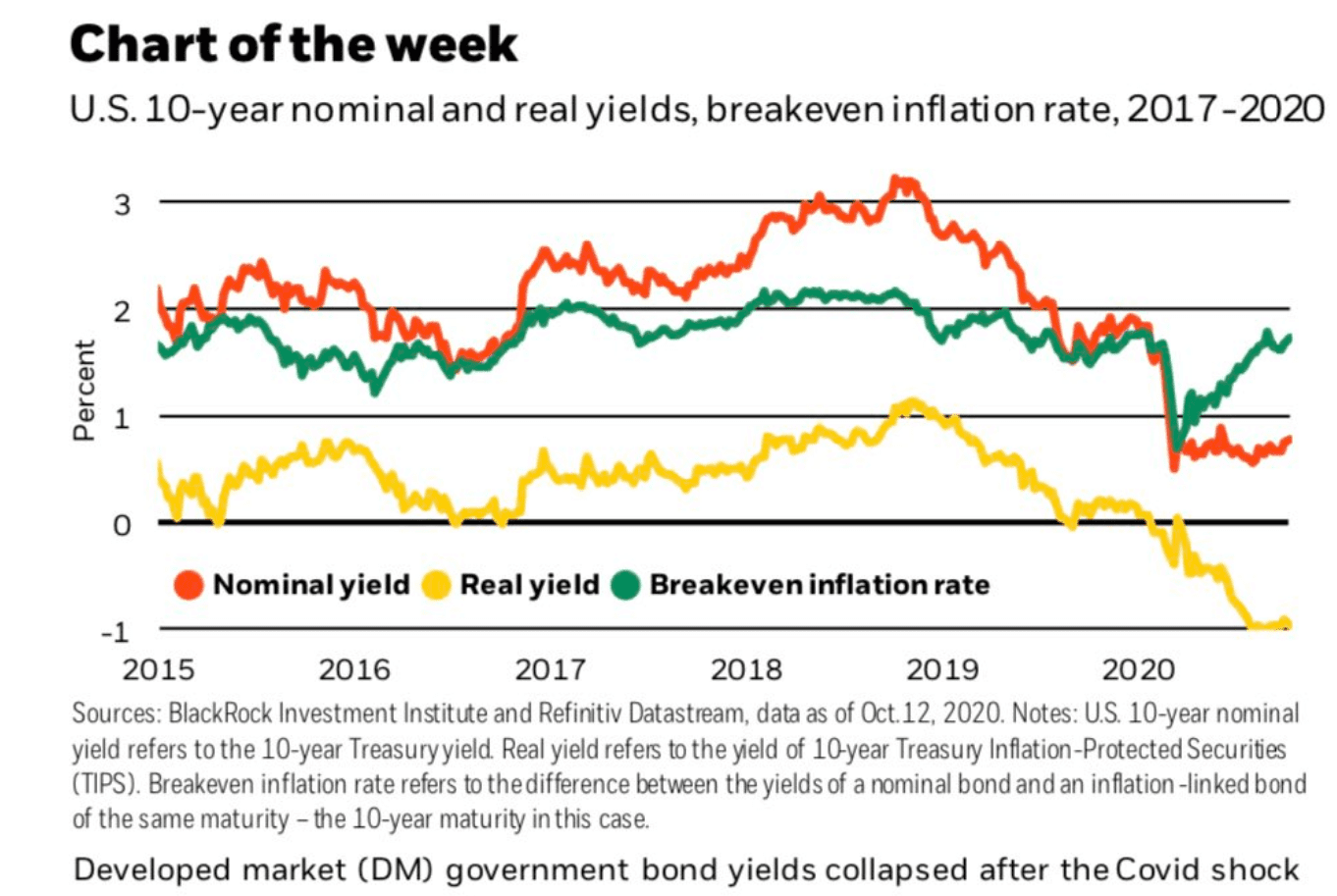 Verily, as the name implies, returns for fixed income are fixed, i.e., there is no “growth” associated. Not to say in a deflationary scenario we might not see capital appreciation (hence one of the reason we own bonds for some clients), but in an inflationary scenario the mathematics that underlay fixed income investing become vicious, especially at these interest rate levels (Graph Twelve). 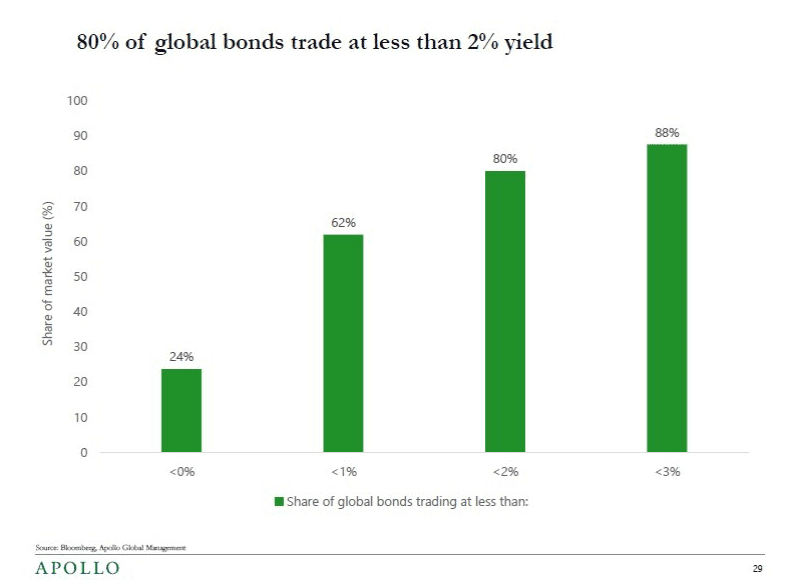 We have vomited verbosity with this version of our views. Regardless whether the results of the vote result in a valedictory to the current administration or victory being claimed by the vociferous incumbent, Formidable will remain vigilant as we voyage through a vortex we expect to have volatility and viscosity. As the eponymous V states, “there is no certainty, only opportunity.”