One meme we omitted last month was this, which, per Wikipedia, is known as Condescending Wonka.

For those unfamiliar, this is Gene Wilder playing the title character in Willie Wonka and the Chocolate Factory. Over Thanksgiving, we watched the movie again, and it seems appropriate to use it as inspiration for our newsletter this month, given the market’s current state is as confusing as any we have seen, leaving us to pure imagination to try to decipher what might be next.

A little nonsense, now and then, is relished by the wisest men.

We have written extensively in the past about what we considered the Fed’s nonsense in deeming inflation “transitory.” Well, Fed Chair Powell finally agreed, and stated in late November in testimony before Congress that it is “probably a good time to retire that word.” Investors, to put it mildly, did not appreciate this change in tone, especially when combined with the resultant acknowledgment that the non-transitory nature of inflation would require the Fed to begin its tapering at a quicker and more aggressive pace.

Equities, especially longer duration, i.e., growth-oriented companies, declined sharply at this hint of a slowing rate of bond purchases. Bonds, on the other hand, reacted in a confused manner, with the short end of the yield curve, i.e., shorter maturity bonds, increasing, while longer maturities, like the benchmark U.S. 10-year, decreased significantly, at least in percentage terms. The story that bonds seem to be telling is they believe the Fed will taper and/or raise shorter term rates, but that this is a policy mistake that will lead to slowing growth. 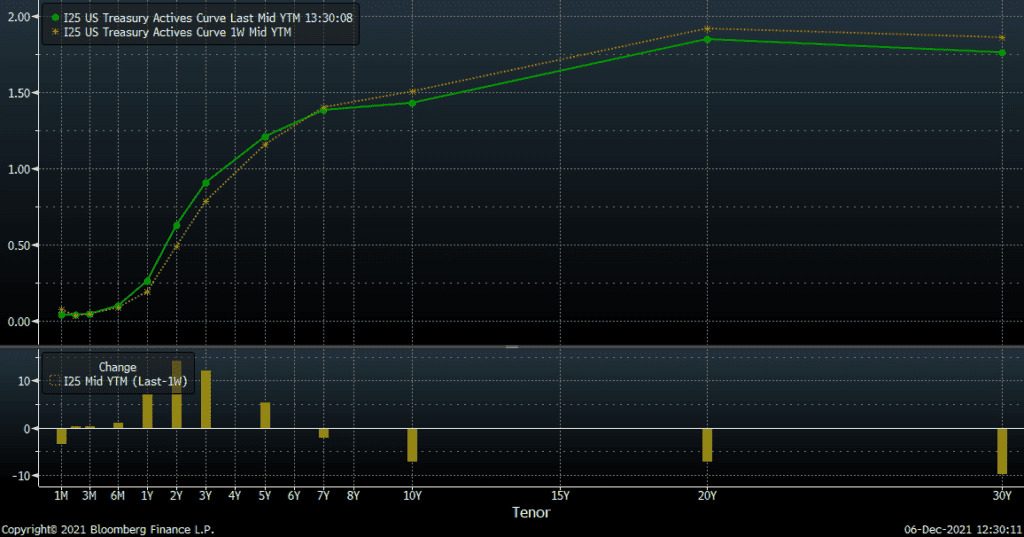 In our imagination, we see the Fed as being more bark than bite here and think its ability to taper or raise rates will be held hostage by the market’s reaction to any meaningful effort to remove accommodation, especially in an election year.

Bubbles, bubbles everywhere, but not a drop to drink…yet

Though not everywhere, we still see some very bubbly areas of the market, many of which might be pricked if the Fed follows through with its tapering/tightening or if the mere threat changes the aggressive investor behavior that has fomented these bubbles.

One could easily make the case that bonds, given where inflation stands, represent a bubble. At a minimum, many forms of traditional fixed income reflect a poor risk/reward at this point, especially in real, i.e., adjusted for inflation, terms. 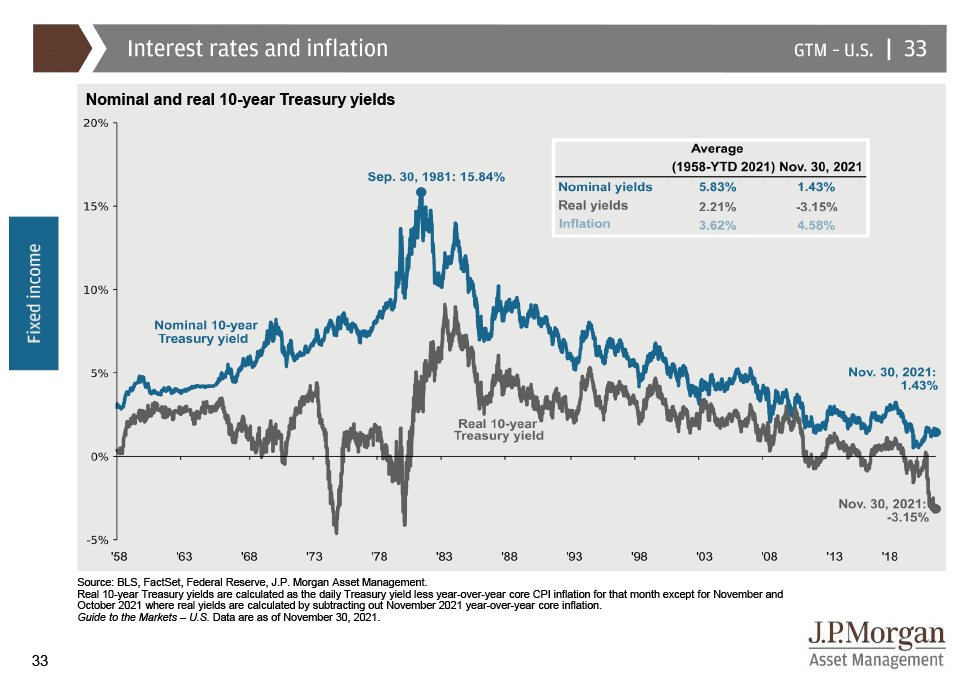 Second would be something like cryptocurrencies, where we are seeing a return to high volatility. In fairness, crypto investors may be desensitized to such price action, given this is the third decline of over 30% so far in 2021. 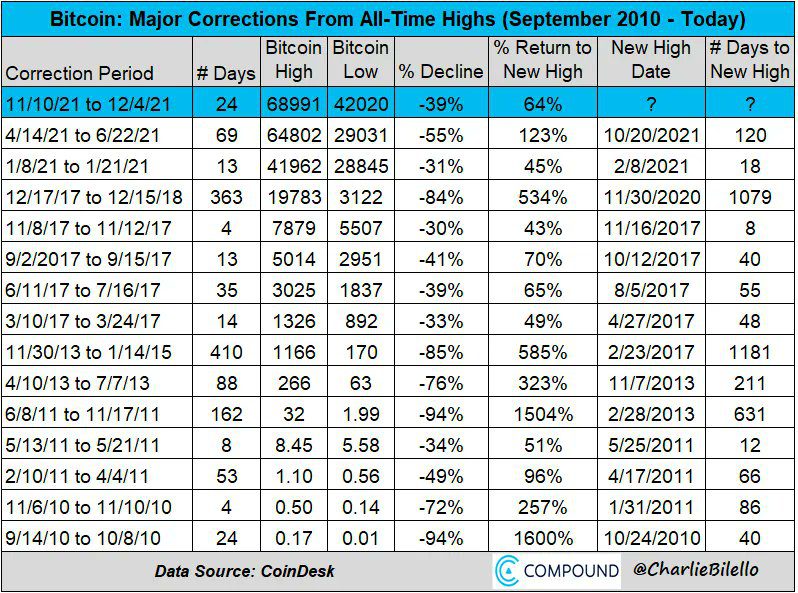 However, despite the recent pullback, cryptocurrencies as an asset class remain well over five times as large as they were pre-Covid: 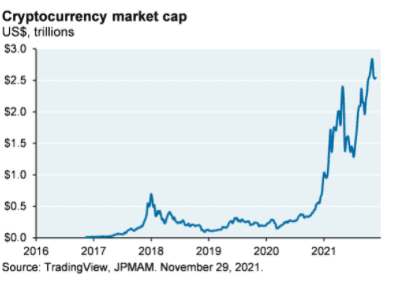 It is not just ethereal assets, but real ones as well that have seen bubbles inflate and burst. Much like lumber over the summer, natural gas prices are collapsing from their bubbly highs.

Lastly, and most importantly in terms of equities, the most obvious (and dangerous) bubble we see is in option buying, especially in NASDAQ stocks (seems familiar, right?).

My favorite thing about Willy Wonka is his complete indifference to the plight of the contestants who refuse to listen to his admonitions and are subsequently subjected to some sort of candy-induced calamity.  The type of greedy and reckless behavior that afflicted Augustus Gloop et al. is on display now in the options market. 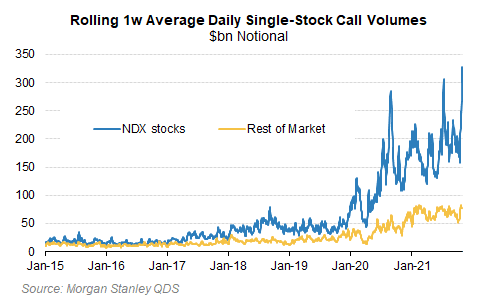 The result has been to mask more broad-based weakness in equities with outsized performance in a handful of highly valued technology-oriented stocks, buoyed by options dealers hedging their books. Since the second half of the year began, the S&P 500 is up 6.9%; here are the contributions of the highflyers:

So, these six stocks accounted for over 70% of the return of the index. We can only speculate as to the impact of options trading on these names, but anecdotally we would say that some of the action we have seen, especially in Apple and Tesla, is beyond anything we have ever seen, and is often heaviest in weekly call buying. In other words, for those speculating in the stocks’ price movement over the next week. This is a phenomenon we do not believe is sustainable, especially given these valuations: 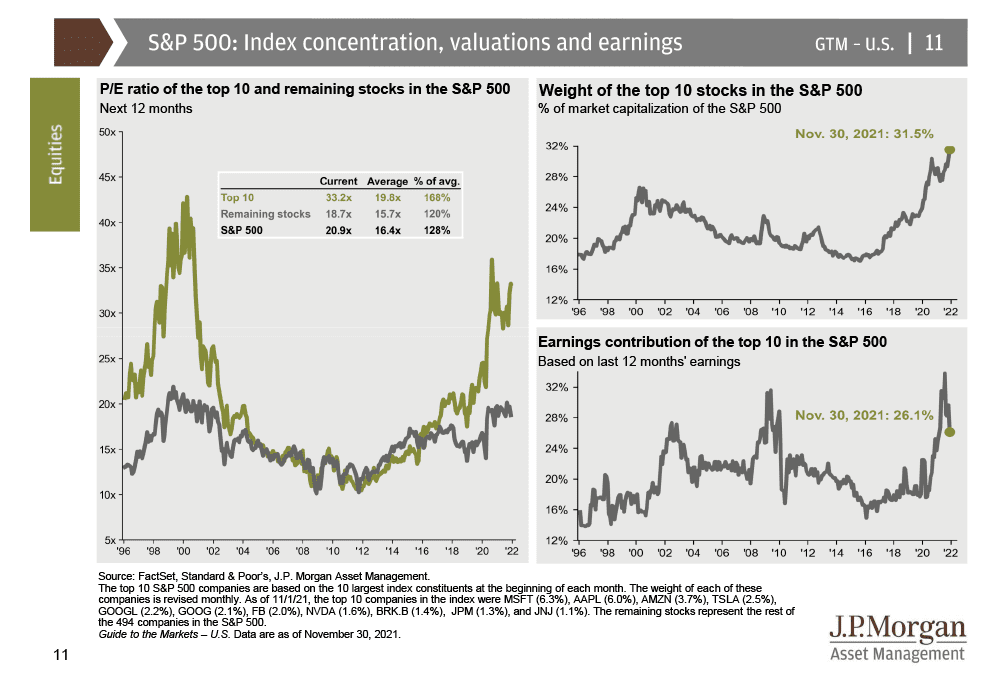 Under the surface, the damage at the individual stock level has been severe, especially for smaller companies:

We’ve seen this type of narrowness in prior periods that portended a challenging future: 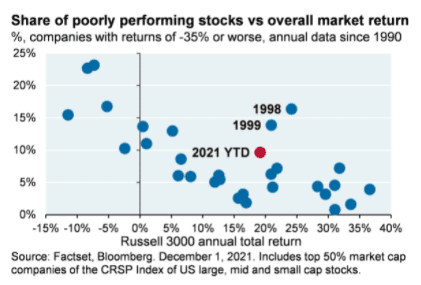 Little surprises around every corner, but nothing dangerous.

This is said more hopefully, but as far as these little surprises go, we have seen myriad over the last few weeks:

The surprise that awaited us after Thanksgiving was the WHO noting omicron as a variant of concern. While hyperbole exists on both sides of the omicron divide, only time will tell what the impact will be. We defer to the WHO here:

Because of the high number of mutations, the efficacy of current vaccines is under scrutiny, though no data exists at present. Similarly, the severity remains an unknown. Could omicron represent a more virulent strain that requires draconian restrictions and torpedoes a nascent recovery? Yes. Could it represent a less virulent strain that reflects the virus becoming endemic and less lethal? Also, yes. We just do not know at present, but the uncertainty has seemingly cast a shadow over markets.

Against a backdrop of massive uncertainty, investors in technology stocks via the NASDAQ are the only ones who have been unscathed.

More specifically, here was the performance for the Fed tone shift and omicron surprises: 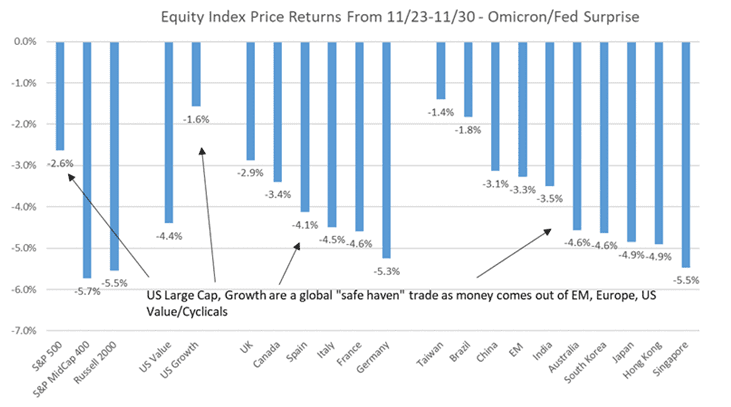 Are they choosing wisely? In the near term, it seems so, but valuations for technology stocks relative to industrials (using the NASDAQ and Dow is somewhat obtuse, but direction and magnitude are likely close here). The large cap Russell 1000 value and growth indices paint a similar picture in terms of the premium valuation for growth stocks being at late 1990s levels. 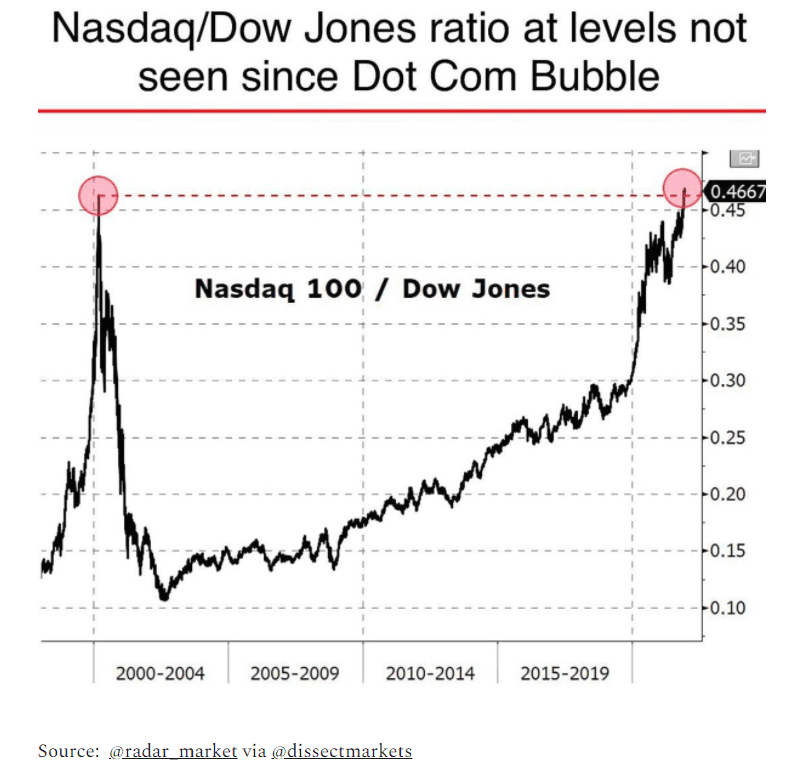 The suspense is terrible, I hope it will last.

The original Wonka debuted in 1971, the height of the nifty fifty bubble in U.S. growth stocks. Charlie and the Chocolate Factory, which starred Johnny Depp as Wonka, premiered in 2005, close to the height of the housing bubble. We are a mere eighteen months from the release of Wonka. As we prepare to close the books on 2021, what terrible suspense awaits us? 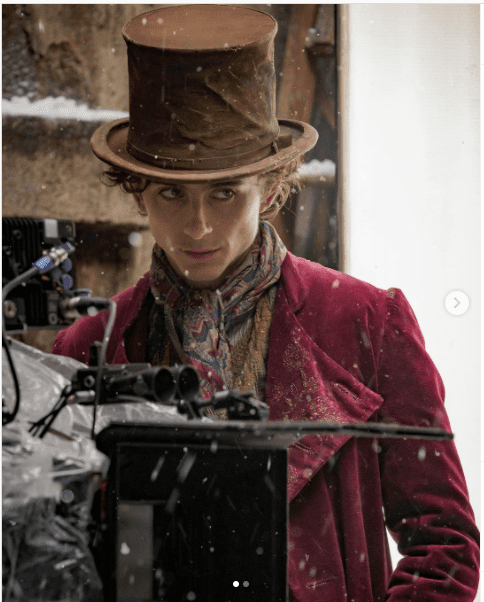 Aside from the obvious villians (tapering and omicron), on the periphery we see some trouble lurking as a result of the sugar high provided by the fiscal and monetray response to what we will call original Covid.

First, profit margins are at levels not seen since the early 1950s. As I remind my children, who are obsessed with World War II, America was the only country that emerged with its productive capacity unscathed, which contributed to these outsized margins. As you can see from the graph, margins tend to be mean reverting, so continuing to rely on margin expansion to fuel corporate profits may lead to disappointment. 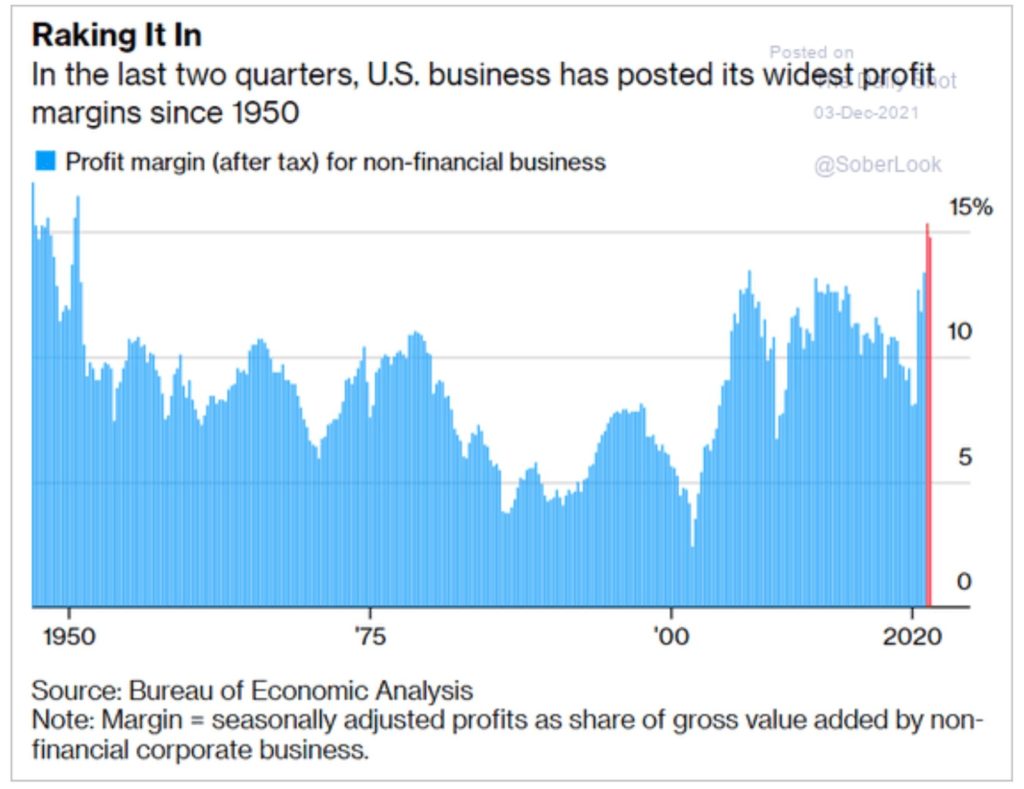 Next, what matters most to all assets are fund flows. As mentioned in the title of the following graph, the last 12 months have seen flows to equities that exceed the last almost two decades combined. One may notice that slight inflection at the end of the graph, meaning the rate of change may start to work against us. 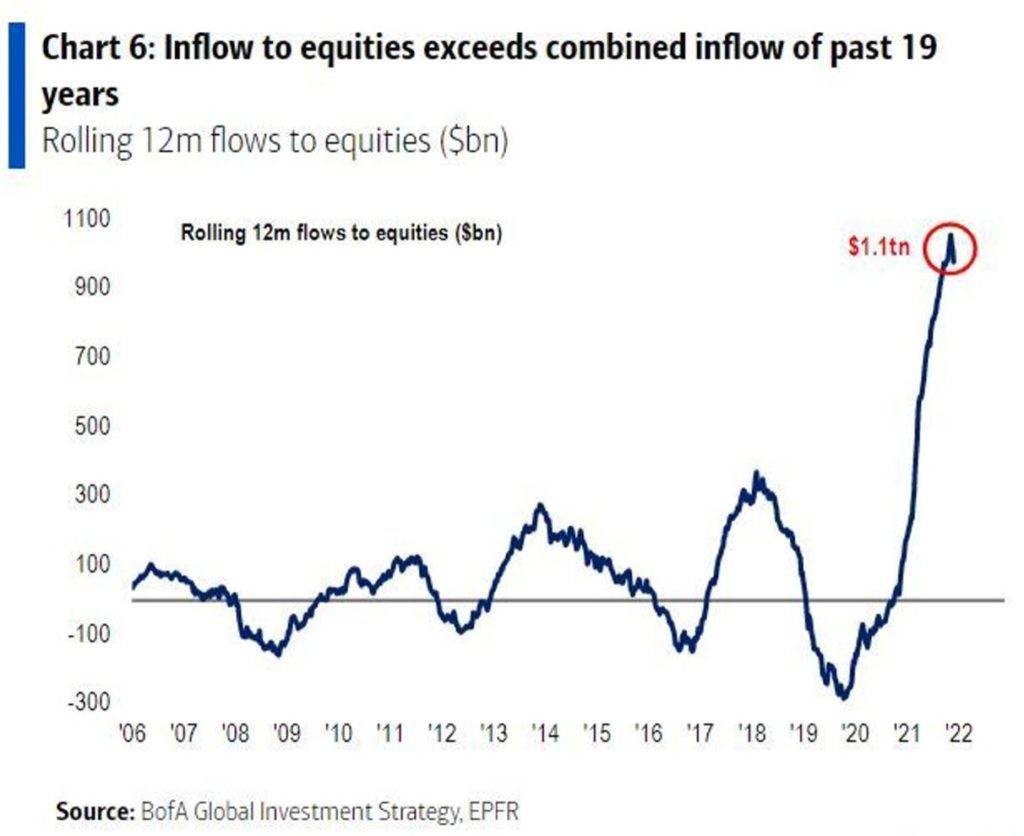 We mentioned call options earlier, but leveraged bets are another sign of market speculation, and we are at elevated levels here, too. 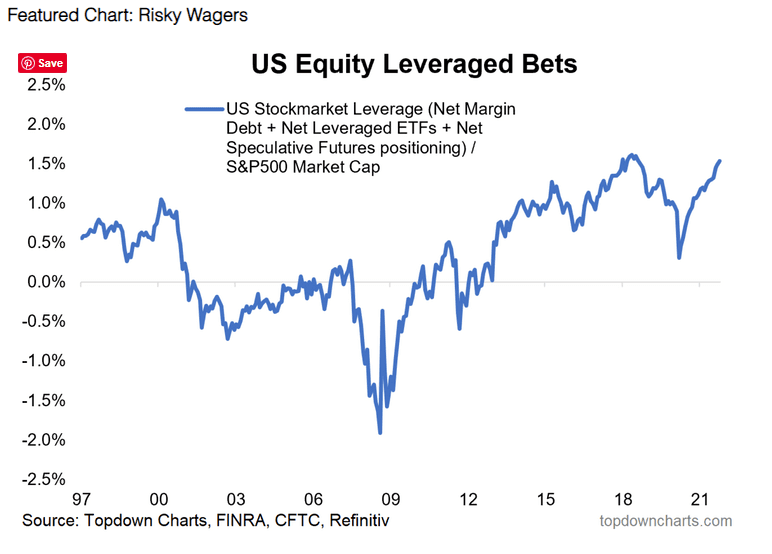 It is important to note we are on pace for a great year for the index as a whole. This has typically portended well for the following year. 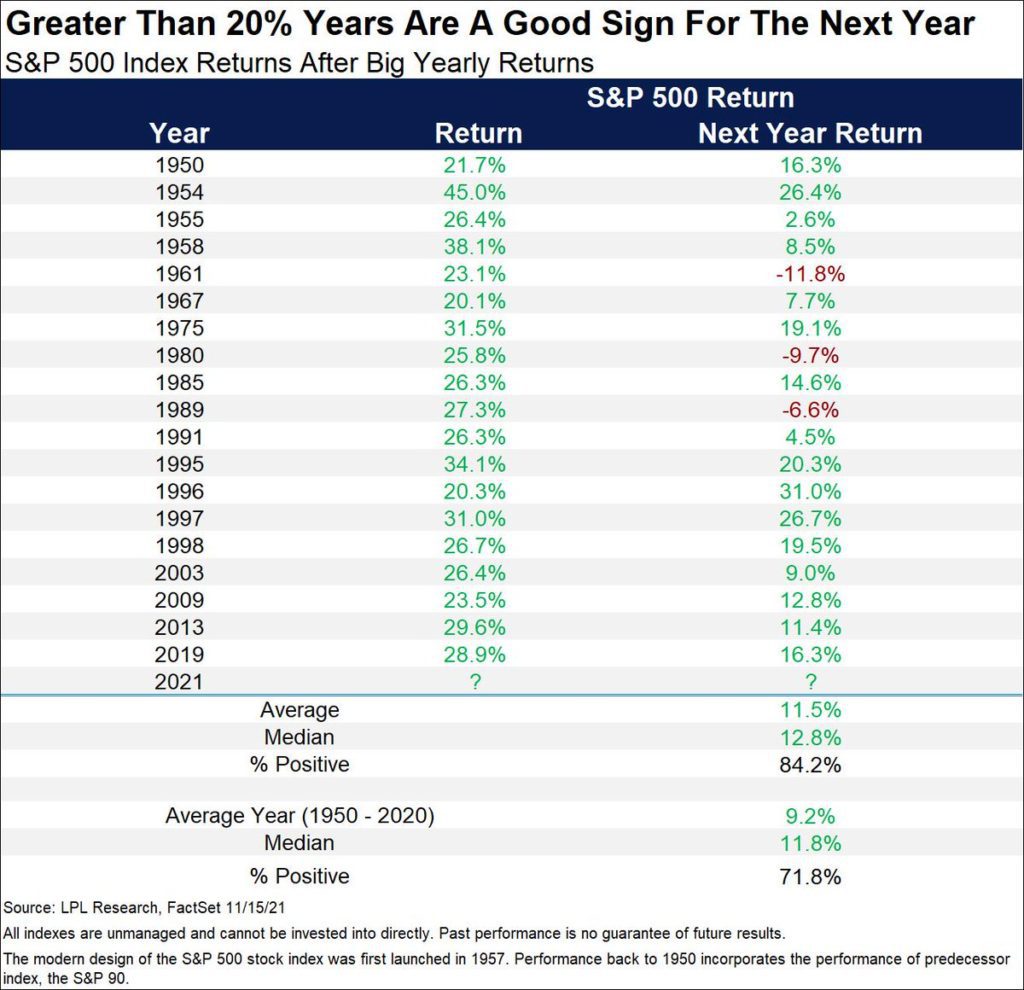 However, we would caution against overexubernace, given valuations and the potential inflections in fiscal and monetary policy, not to mention fund flows and economic growth. One need look no further than today’s economic data to see signs of slowing growth and increasing costs, which is our base case for 2022.

Accordingly, we believe positioning portfolios for a much different environment in 2022 is prudent, and we are not going to chase overvalued technology stocks in hopes of finding a golden ticket.

Before we close the commentary for this month, it is important to touch on a topic that affects smaller companies, especially at this time of year. In a year when gains for the index have been sizable, investors have been relentless in selling positions to harvest tax losses. This has certainly had an outsized impact on a few of our holdings, which have suffered declines despite what we would consider incredibly positve developments at the company level. We will touch on a few here.

Nano One announced that is has named Dr. Yuan Gao as a strategic advisor to the company. Formidable finds this piece of news expected, as Nano One (OTC: NNOMF) continues down the path of fabrication in conjunction with companies like Lithium Americas, (NYSE: LAC) of which, Dr. Gao is a board member. Of note, Dr. Gao is also the former CEO of Pulead Technologies, a company with which Nano One has done business in the past. This announcement supports our belief that Nano One is moving to be a cathode technology provider to both OEMs and EV suppliers. Nano One’s flurry of recent new hires seems supportive of their stated initiative of being an integral component of the North American LFP supply chain. We see this announcement is one more, very relevant reason, for our continued confidence in Nano One’s evolving role in the EV space.

To paraphrase the words of the illustrious Bob Uecker in his legendary portrayal of Harry Doyle in the movie Major League, “In case you haven’t noticed and judging by the stock price, you haven’t”, Acacia Research (NASDAQ: ACTG) owns approximately four percent of Oxford Nanopore (LSE: ONT), having divested some shares upon Oxford’s IPO in October. Since November’s omicron unveiling, lost in the shuffle was Oxford Nanopore. Pretty relevant too, since they are the company that isolated the gene sequencing for omicron in South Africa. Ironically, Acacia’s Oxford Nanopore position is now worth over $300 million dollars, not including the approximately $100 million realized from the divestiture. With Acacia trading at a $237 million-dollar market capitalization seems “Juuussttt a bit outside” as Harry Doyle might say.